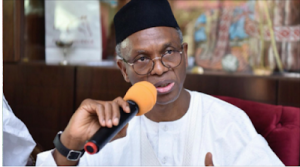 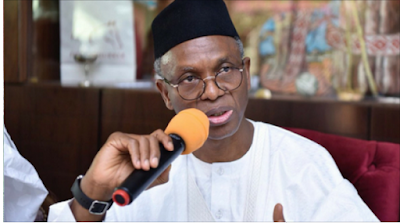 Nasir el-Rufai, governor of Kaduna, says states should not pay salaries that are above their tax revenues.

The governor has been at loggerheads with the Nigeria Labour Congress (NLC) over the state’s resolve to disengage 4,000 workers across the 23 LGAs.

He cited dwindling finances and high wage bills as part of the reasons it sacked some of the workers on its payroll.

The workers went on a warning strike but suspended the action after the federal government intervened, following a request for negotiations.

Speaking on Saturday during a colloquium to commemorate the birthday of Rauf Aregbesola, minister of interior, el-Rufai advocated for reduction in cost of governance.

The Kaduna governor argued that the country is not only battling fiscal crisis but also battling crisis of economic development, noting that it can only be solved through reduction in cost of governance and elimination of fraud.

He noted that no country can perform better without the right quality of skills in its public service.

“However, what we face is not just a fiscal crisis. It is a crisis of economic development. Our country clearly has to cut the cost of governance, reduce waste and eliminate fraud,” he said.

“Government must trim its costs and focus on security, infrastructure and economic competitiveness.

“We cannot leave fiscal challenges to chance. I don’t think you should have a government larger than the taxes you can raise.

“Each state needs to set its minimum wage because the cost of living is different across the states.

“Let us use our oil revenue for capital expenditure and pay salaries through taxes.

“No country can perform better than the quality of its public service.”

El-Rufai said reducing the cost of governance at federal, state and local government levels can be achieved through the expansion of the tax net and raise value added tax to between 15-20%, right-sizing the governments at federal, states and LG levels based on non-oil tax revenues (IGR) affordability through the merger of ministries, department and agencies (MDAs) with similar mandates and functions.

He also called for a review of public sector staffing levels to energise, professionalize and compensate appropriately.

Earlier in the colloquium, Vice-President Yemi Osinbajo said the problem of cost of government is not only about downsizing the public service but ensuring that the right quality of people are in the right jobs.

Osinbajo stressed on why the social investment programmes of the federal government are important in countries with high level of poverty like Nigeria.

“We should not be trapped into thinking that cost of government is the problem only,” Osinbajo said.

“We must ensure that we have the right fit and the right quality of skill in public service as a balance.”