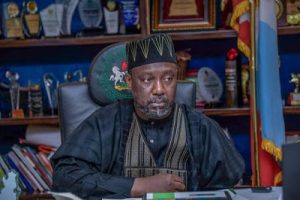 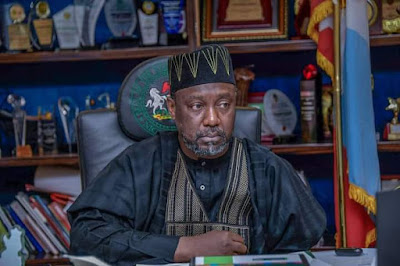 Governor Abubakar Sani Bello of Niger is at present not in Nigeria as bandits increasingly turned his state into a playground.

The bandits latest acts were the attacks on several communities in Tegina, Wushishi and Batati.

The bandits capped their reign of impunity with the kidnapping of over 200 students of Tegina Islamiyya school on Sunday.

But in a shock disclosure, the chief press secretary to Governor Bello said the governor had left the country before the recent attacks on “a security mission”.

“The Gov who had left the country to explore all possibilities of strengthening the state’s security architecture before the incident happened, is expected back soon.

“He has, however, given directives to the security operatives and state govt officials to do all they can towards ensuring the safe return of the abducted Tegina Islamiyya children and others”.

Bandits on Sunday not only kidnapped the students of Salihu Tanko Islamic School in Tegina, they also kidnapped some passengers of a Sharon Bus travelling to Minna.

Two persons were shot in the course of the mass abduction in Tegina, Rafi LGA.

One of them was confirmed dead, while the other person is critically injured.

“The State Govt is still gathering detail security report on the attack so as to take necessary measures to secure the release of those abducted”, the chief press secretary said on Twitter.

Niger state in central Nigeria has been, in recent times, been facing unrelenting attacks by bandits and terrorists, leading to displacement of thousands of people from their villages.

In February, 42 people were abducted for ransom in Kagara, among them 27 students.