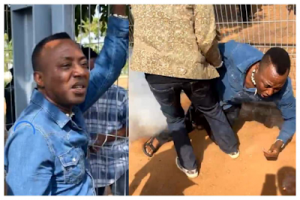 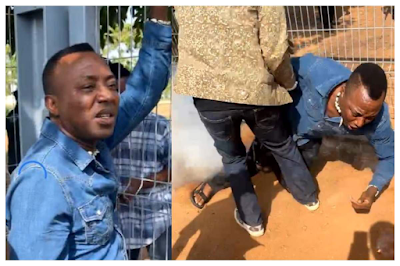 A global rights group, Amnesty International, has faulted the shooting of tear gas at the Convener of Revolution Now Movement, Omoyele Sowore, during a rally in Abuja on Monday.

It was gathered that the former presidential candidatewas injured by the tear gas canister shot by a police operative in Abuja and rushed to the hospital.

Footage of the incident showed Sowore falling on the ground after the canister hit him.

Reacting, Amnesty International noted that protesters deserved to be listened to, not shot at.

The human rights group also asked the Federal Government to investigate the incident.

“Amnesty International received disturbing reports that activist Omoyele Sowore was shot by the police, during a protest against rampant insecurity in Abuja. Protesters deserved to be listened to, not shot at.

“We call on the Nigerian authorities to investigate the incident and bring perpetrators to justice,” the organisation tweeted.

Meanwhile, the Police Command in the Federal Capital Territory said Sowore was not shot at, despite video evidence.

The Police Public Relations Officer in the FCT, Mariam Yusuf, made the claim in a statement after the incident.

“There is no record of such incident as at the time of this report,” she said.

She said the protesters were resisted by police operatives to ensure there was no breakdown of law and order.