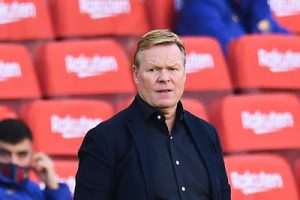 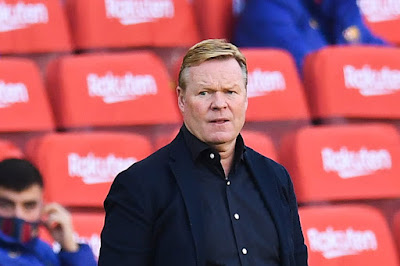 Ronald Koeman will continue as Barcelona manager in the 2021/2022 season, but he will have to play a 4-3-3 formation, according to SER Catalunya.

The Dutchman’s position has remained in doubt, following a miserable end to the season.

Barca finished seven points behind champions Atletico Madrid in LaLiga and was dumped out of the Champions League at the last-16 stage by PSG.

However, Koeman will continue until his contract runs out in June 2022, after the Spanish giants failed to find a replacement.

Laporta has been in discussions with Koeman over his future in recent days, during which he made it clear that the manager must return to a 4-3-3 formation next season.

Koeman favours a back three and used the tactical system in the run-in as Barcelona fell away in the title race.

However, the 4-3-3 formation will be “non-negotiable” for Koeman, with Laporta desperately looking to restore the glory days and wanting Barcelona to play more offensive football again.