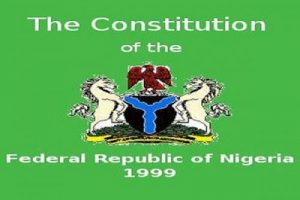 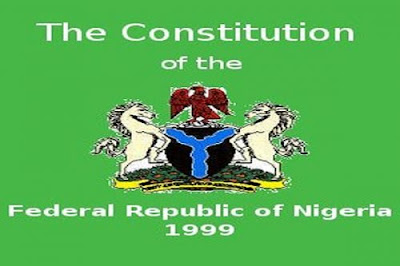 The Christian Association of Nigeria on Thursday called on the National Assembly to amend Section 308 of the 1999 Constitution, which provides immunity for the President, vice-president, governors and deputy governors from facing prosecution while in office.

The organisation also demanded the maintenance of the secularity of Nigeria by removing any provision for religion “or if need be, insert also constitutional provisions for Ecclesiastical Courts.”

The General Secretary of CAN, Joseph Daramola; and Director, National and Legal Issues, Comfort Chigbue, stated these during a conference on the review of the 1999 constitution in Abuja.

CAN said the immunity clause had given room for criminals to perpetrate evil agenda against the country.

Chigbue argued that for Nigeria to make any meaningful progress in fighting corruption, Section 308 of the 1999 Constitution must be removed.

She said, “CAN stands for equality of all persons before the law. So, we want the immunity clause (Section 308) to be expunged. Some governors hide under the cover of immunity to perpetrate heinous acts as they cannot be challenged in court. If you err either as a President or governor, and it is so fundamental, you should have nowhere to hide.”

Daramola also said other issues should be addressed in the constitution amendment process, including devolution of power and governance, constitutional recognition of traditional rulers, state police, secularity of Nigeria, creation of new states, autonomy of the judiciary and fiscal federalism.

He said, “The National Assembly should maintain the secularity of Nigeria. They should remove any provision for religion or if need be, insert also constitutional provisions for Ecclesiastical Courts.

“Revenue allocation and sharing formula should be guided by the principles of sustenance and benefits to sources of dedication on the ratio of 70 per cent retained by regions, and 30 per cent sent to the centre.

“We demand separation of the Office of Attorney-General of the Federation from the Office of the Minister of Justice. We demand creation of new states for administrative impartment and government dividends vis-à-vis: Southern Kaduna/Kataf/Gurara State, Adada State from present Enugu State, Cross River North State, Okun State, Osigwe State, Oke-Ogun State.”