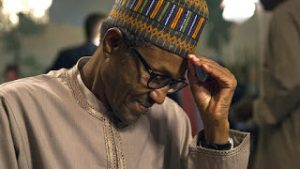 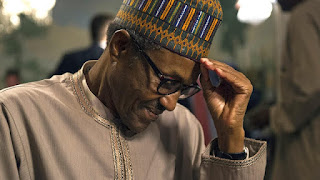 Some Nigerians have taken to social media to slam the Federal government over the suspension of Twitter in Nigeria.

The Federal Government on Friday announced the suspension of the microblogging and social networking service in the country.

Minister of Information, Lai Mohammed made the announcement during a press conference.

He cited the persistent use of the platform for activities that are capable of undermining Nigeria’s corporate existence as reason for the suspension.

This is coming after Twitter had on Wednesday deleted a tweet by President Buhari for violating its rules.

Following the development, Nigerian took to their social media account to blast the Federal government for making such insensitive decisions.

While some mocked Lai Mohammed for using the same Twitter to announce the ban of Twitter in Nigeria, others said the Buhari-led administration is full of confused hypocrites.

Some also demanded that government officials deactivate their accounts first if they want the suspension to be taken seriously.

@drpampam, “If they want us to take this Twitter in Nigeria suspension seriously, Buhari, Bashir, Femi Adesina, Lai Mohammed and the rest of the gang should first deactivate their account, then we will know that they mean business.”

@symplytacha, “Confuse bunch of hypocrites. Imagine banning Twitter in Nigeria and still using the same App to let us know! What are the measures to effect this suspension, abeg?”

@alaminghost, “Buhari’s suspends Twitter in Nigeria, what of us hustlers that earn from the app ??”

@roviel, “ FG has suspended Twitter in Nigeria, if you can still tweet, that means you’re in UAR.”

@Enisa, “ They are trying to suspend Twitter in Nigeria. Oh hell no, you are messing with the wrong people! Big WAHALA!!

@festus, “ Banning @Twitter violates S. 22 & 39 of the 1999 Constitution. Twitter seems to be the only medium through which we hold the reckless regime of Buhari responsible. We will resist the attempts to ban Twitter in Nigeria.”

@Henry, “So for removing a tweet that threatened genocide against a people, the Buhari’s govt decided to suspend the operations of @Twitter in this country. So the President isn’t sorry about the unfortunate tweet?”