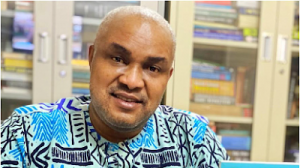 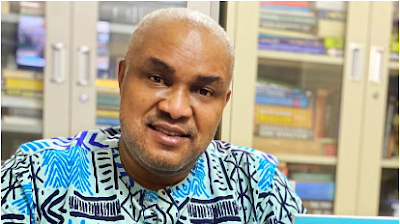 The Human Rights Writers Association of Nigeria, HURIWA has called on the Department of State Security Services, DSS, to immediately arrest Senator Adamu Muhammad Bulkachuwa who is currently representing the Bauchi North Senatorial District at the National Assembly and one Isa Tafida Mafindi for openly threatening to attack the people of South-eastern Nigeria.

It was reported that the senator who backed President Muhammadu Buhari’s ‘civil war’ threat, said the Federal Government would have no choice but to clamp down on the Igbos.

Bulkachuwa described members of the Indigenous People of Biafra, IPOB as terrorists attacking security operatives and destroying government property in the region.

Reacting, the Human Right Writers condemned the DSS’ failure to arrest the Senator despite the open threat.

One Mr Isa Tafida Mafindi who identified himself on Twitter as a member of the Peoples Democratic Party and a member of the National Executive Committee/Board of Trustees of the opposition party had also openly threatened to attack Igbos living in the North as revenge for the rising agitations by some youths in the Southeast demanding self-government.

Meanwhile, HURIWA has also slammed President Buhari over the current security crisis rocking the North East due to the activities of Fulani herdsmen and armed bandits.

According to the group, the killings take place because the President “misuses the security forces to go after unarmed agitators calling for self-government in the South-East while the armed bandits have their ways in other parts of the country.

Reacting to the recent incident in Kebbi State where over 66 persons were killed by bandits in Danko-Wasagu Local Government Area of the state, HURIWA described the attacks as “reprehensible and totally abhorrent”.