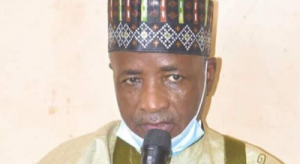 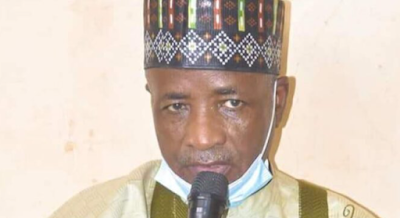 Aliyu Wamakko, senator representing Sokoto north, has accused Igbo leaders of not speaking up against the “recent undue harassment” of northerners in the south-east region.

The former Sokoto governor said prior to the killing of Ahmed Gulak, a former aide of former president Goodluck Jonathan, in Imo state, many northerners living in the south-east region have been allegedly killed in largely under-reported attacks.

Wamakko, who described the attacks as “a disturbing snowballing of a little flame into a raging fire that is threatening the peace and stability of Nigeria”, said the silence of south-east leaders is no longer excusable.

“Through all these, as individual leaders and collectively, we have maintained a studied silence by avoiding anything that will further rock the boat. Rather, we have been restraining our own people who are victims of these atrocities by preaching patience and peace,” Wammako said.

“Regrettably but curiously, our friends and compatriots, leaders of Igbo extraction, have remained dead silent in the face of increasing assault and effort by their own people to stock a nationwide mayhem.

“For whatever reason it is, I want to loudly call them out to speak up. Silence is no longer acceptable in the face of this clear danger and threat against the country. The silence by political leaders and other prominent persons from that part of the country tells us only one thing: Their tacit approval for the activities of the murderous IPOB gangs.”

He warned that Northern leaders may no longer be able to douse tension among their followers, “if leaders from the south-east feel they can allow their own people to do what they wanted.”

“There is no part of Nigeria without its own share of discomfort and even reservations about the state of our country. Addressing such challenges require sincere political engagement, not threats and violence,” he added.

“Besides, quest for political answers to one’s grievances should never be directed at hapless citizens who are going about their own legitimate businesses. The day the victim decides to pay back the aggressor, it will not be good for everybody.”

Recently, onion producers suspended supply to the south-east due to the spike in attacks in the region.

IPOB has often been accused of carrying out violent attacks in the south-east since it launched the Eastern Security Network (ESN), its militant arm.

The killings in the region tripled after ESN was established — although the group denies any wrongdoing.

Meanwhile, Nigerian security agencies are set to launch major security operations against insurgency in the south-east.