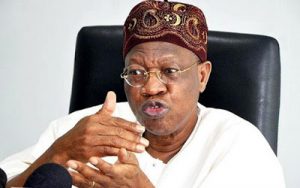 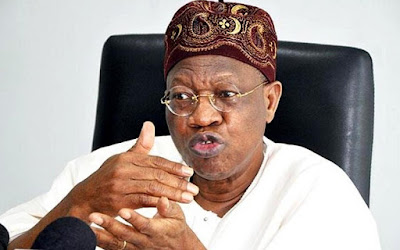 Lai Mohammed, minister of information and culture, says destruction of public infrastructure is a form of terrorism.

There has been a series of attacks in recent times, targeted at public infrastructure, especially police stations.

There have also been cases of vandalisation of rail tracks.

Speaking on Monday in Abuja at a town hall meeting on protection of public infrastructure, the minister said the removal of rail tracks can cause train derailment with deadly consequences.

He lamented the attacks on government buildings and the killing of security operatives, adding that tampering with aviation infrastructure endangers the lives of travellers.

“On another level is the incessant attacks on critical public facilities such as police stations and INEC offices. As a matter of fact, the destruction of public infrastructure and facilities is not just vandalism, it is a form of terrorism,” he said.

“Railway tracks are being subjected to wanton destruction, bridge railings are being removed, manhole covers are being pilfered, street lights and other power infrastructure, oil pipelines, telecoms facilities and critical aviation infrastructure are being damaged or stolen.

“Apart from endangering the lives of fellow innocent citizens, such unpatriotic acts take a toll on the government’s limited revenue, as it seeks to replace, rehabilitate or totally reconstruct such destroyed infrastructure.”

The minister said the town hall meeting was imperative because it touched on an issue at the core of economic growth and national development.

He said when public infrastructure is being targeted for destruction by some “unpatriotic” Nigerians, it calls for great concern and immediate action.

The minister said the country has long suffered massive infrastructure deficit due to decades of neglect, population explosion, and the absence of maintenance culture.

He, however, said since coming into office in 2015, the Muhammadu Buhari administration has embarked on ensuring rapid economic growth with equity.

He said the administration has invested heavily in providing new infrastructure, reconstructing and rehabilitating existing ones, in spite of a drastic drop in revenue and competing priorities.

“However, in recent times, such laudable efforts of the government are being thwarted by some unpatriotic citizens through wanton destruction of critical infrastructure,” he said.

“This is why we have decided to organise a series of town hall meetings to address this incessant and worsening destruction of public infrastructure and facilities.”

He added that the town hall meeting will help to create in the public mind that government assets are citizens’ property and must be protected for the benefit of all.