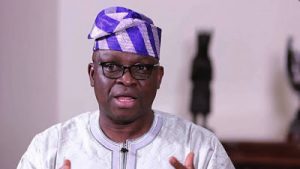 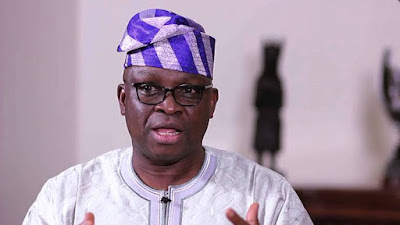 Former governor of Ekiti State, Ayodele Fayose, has said anyone arrested for using Virtual Private Network to access Twitter in Nigeria will end up being celebrated.

The Federal Government last week suspended the operations of Twitter in Nigeria citing what it described as “the persistent use of the platform for activities that are capable of undermining Nigeria’s corporate existence.”

An order was immediately issued to telcos through the Nigerian Communications Commission to make the suspension effective.

In another post, the former governor wrote, “Good morning Nigerians. Like Buhari, no President elected by Nigerians can be a law unto himself. It is our right to use Twitter and other social media platforms and we’ll keep tweeting. I’m tweeting and so are many other Nigerians.

“Anyone they arrest will only end up being celebrated. No one should be moved by empty threats of arrest. Certainly, what has a beginning must have an end. This dictatorial govt came and shall definitely go. No shaking! Good days ahead.”