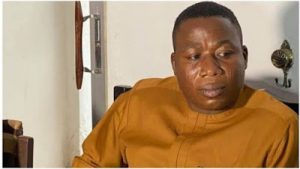 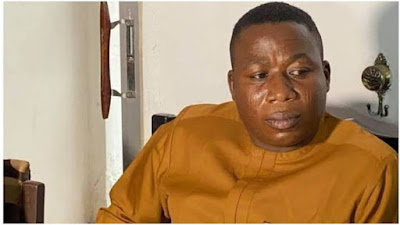 The visit came on the heels of the Saturday night attack on the town by herdsmen.

In the attack, 11 people were killed and many properties, including a petrol station and the palace of the king were destroyed.

Igboho’s spokesman Olayomi Koiki shared a video of Igboho’s arrival in the town, and his welcome by a cheering crowd, some on motor bikes.

Ighoho waved to people from a white Toyota Hilux.

Igboho’s spokesman Olayomi Koiki said the visit of Igboho was to assess the level of destruction witnessed in the town and to also relate with the people.