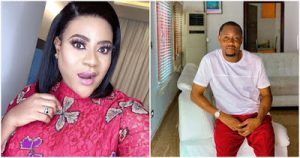 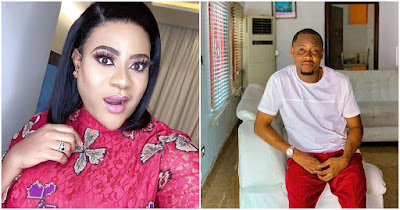 The Theatre Arts and Motion Pictures Practitioners Association of Nigeria has rescinded its decision on the suspension of one of its members, Adams Kehinde, as it reinstated the actor.

However, the guild has kept mum on its action towards Kehinde’s cohort, Nkechi Blessing.

TAMPAN had suspended both Nkechi Blessing Sunday and Kehinde Adams for fighting dirty on social media over the arrest of their colleague, Baba Ijesha, who was accused of sexually assaulting a minor.

Making a U-turn on Kehinde’s suspension, the chairman of TAMPAN Guild of Directors, Damola Olatunji, noted that Kehinde had apologised “with a promise to be at his best behaviour”.

The statement read, “We hereby write a rejoinder on the earlier directive given concerning Mr Adam Kehinde aka Lege on the 23rd May, 2021 with the permission of the national body of our dear association, Theatre and Motion Pictures Practitioners Association of Nigeria, that no Director from our Guild must work with him.

“Mr Adams Kehinde ― a member of TAMPAN ― has presented his letter of apology, duly signed by him, with a promise to be at his best behaviour and uphold the name and glory of the association.

“With the intervention of some elders in the industry and the magnanimity of the leaders of the association and guild, we hereby accept his apology and hope this will serve as a deterrent to others planning to launder negatively the image of our beloved association, TAMPAN.

“On this note, we charge Directors to henceforth work with him and continue to provide him with the platforms that our association provides for actors and all practitioners ― both veteran and budding.”

Meanwhile, in an interview with The PUNCH, Nkechi Blessing, while speaking on the suspension by TAMPAN, noted that she was unbothered by the guild’s decision. The thespian described the guild’s action as the ‘joke of the century.’

She said, “Firstly, an organised association should use proper measures to address a person they describe as their member. Since the letter was ‘delivered’ through a mere Instagram post without calling my phone or sending me an email, I consider it to be the joke of the century.”