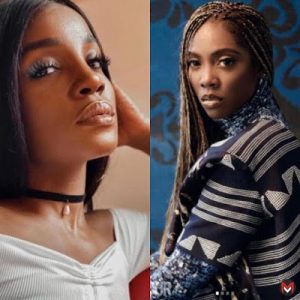 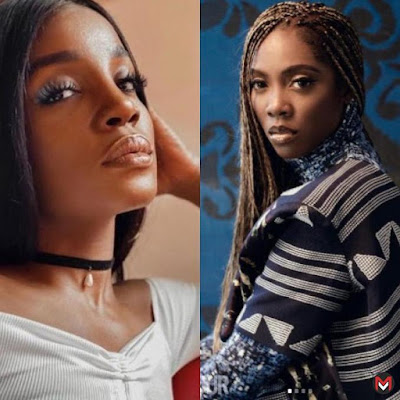 The longstanding beef between Nigerian female singers Tiwa Savage and Seyi Shay has been reawoken after they recently came face-to-face at a hair salon.

A video sighted on the Instagram page of celebrity blogger, Tunde Ednut, captured the two singers exchanging heated words as other ladies tried to intercede.

Seyi walked up to Tiwa Savage to say hi and also maybe squash the beef that has been brewing between them for years.

However, Tiwa was not having any of her colleague’s words as she strongly noted that the right thing to do would have been to pick up a phone, call her and try to settle whatever differences they had.

This was followed by an enraged Tiwa shouting down on Seyi and pointing out the fact that she and Kenyan singer, Victoria Kimani, have been going around saying unsavoury things about her and even proceeded to record a diss song.

Ladies present at the salon tried to hold calm the situation but Tiwa made sure to pour out her mind.

The mother of one even swore by her son, Jamil, noting that she has never tried to cross Seyi’s path in the industry or made any attempt to ruin her chances at getting gigs.

Watch the clips below:

In 2019, Kizz Daniel’s hit song F*uck You started a social media challenge that saw several rappers and singers jumping on the instrumental to record their cover of the song.  Seyi Shay was among those who joined in the challenge and a controversial line that stood out her entry was a diss at colleague, Tiwa Savage.

Seyi’s line went thus: “You know I’m not Savage, I pay my bills.”

At Tiwa Savage, she age-shamed and slut-shamed her, accusing her of blocking her success.  Kimani’s friend, Seyi Shay, jumped in with glee, first in Kimani’s comment section, and then with a video of hers. She insinuates that Tiwa Savage owes Escape, among other things.

In a different line, the singer also made a reference to a debtor’s list released by popular nightclub owner, Duke of Spades. The debtor’s list contained names of top celebrities who had outstanding bills at the club.

Throwing a jab at Tiwa, Seyi said: “You no go find my name for the Escape o”