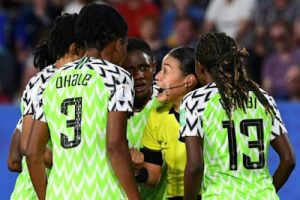 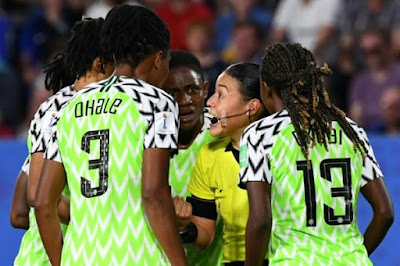 Nigeria’s Super Falcons lost their first game to Jamaica by a lone goal in the Four-nation tournament in the United States.

Goal by Deneisha Blackwood in the 51st minute in the game played at the BBVA Stadium, Houston, late Thursday night was enough to hand new coach, Randy Waldrum, his first defeat with the African champions.

Efforts by Oluwatosin Dimehin, Onyinyechi Zogg, Roosa Ariyo and Vivian Ikechukwu, who received their first international cap for the Falcons were not enough to secure a victory.

The team definitely missed the absence of players like Asisat Oshoala, Onome Ebi, Halimatu Ayinde, Osinachi Ohale and Ngozi Okobi-Okeoghene due to injury and visa hitches.

The absence of the regulars ensured the debutants made the starting list.

Meanwhile, the match is Falcons’ first game ever against the Jamaicans.

The Nigerian side will take on Portugal on Sunday before a clash against world champions, U.S on June 16.