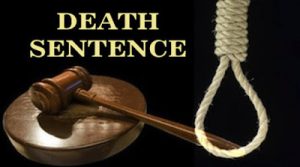 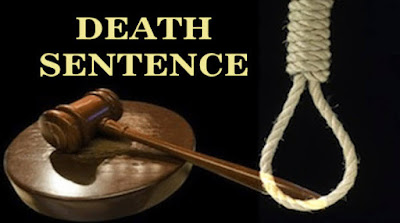 A 22-year-old unemployed man, Kehinde Olajide has been sentenced to death by hanging for armed robbery in Ekiti State.

A High Court sitting in Ado Ekiti on Thursday sentenced Kehinde for involvement in robberies.

He was docked for arming himself with dangerous weapons to rob Dayo Folorunsho, Saka Yusuf, Adeoye Oluwatosin, Adeola Oluwatobi, Olayemi Aremu, Hambali Ojo and Ayodele Oluwafemi of their belongings.

Justice Lekan Ogunmoye who pronounced the judgement, said that “the prosecution had proved ingredients of armed robbery against the convict without any reasonable doubt”.

Ogunmoye said, “He is hereby sentenced to death by hanging until he is dead. May God almighty have mercy upon his soul”.

The convict and others who were involved in the alleged robbery were charged with nine count charges bordering on conspiracy, unlawful possession of firearms and robbery.

The three other men involved in the robbery include, Kareem Azeez (24), Bamisile Lateef (28) and Adebayo Basiru (25).

The Judge, however, acquitted them for lack of proof of the offence they were charged for.