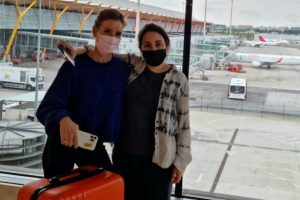 A photograph which appears to show Princess Latifa at an airport in Spain has been posted to social media, confirming the daughter of Dubai’s ruler is alive and well.

Princess Latifa had not been seen in public since her failed attempt to flee the United Arab Emirates in 2018, but in recent months photographs have been posted on Instagram by Sioned Taylor, her long term friend.

Ms Taylor, a teacher in Dubai, wrote on the post: “Great European holiday with Latifa. We’re having fun exploring!” 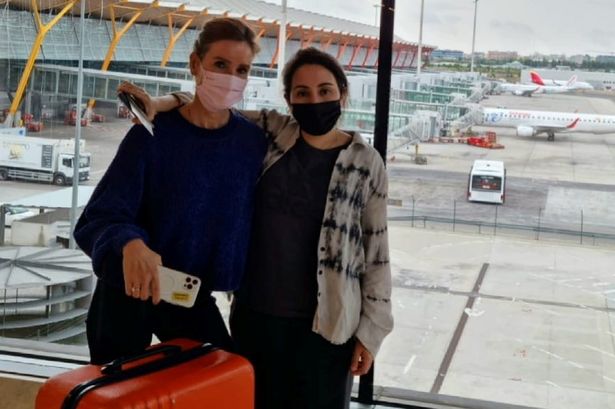 When asked online if the princess was ok, she replied: “She is great.”

Radha Stirling, founder of Detained in Dubai, who was called on by Captain Herve Jaubert and Princess Latifa for help when the US boat she was onboard was attacked, spoke out about the latest photos.

She said: “We are pleased to see Latifa enjoying increased freedom and time in Europe with friends after what has been a complex three year long campaign.

“But a few photos of Latifa does not conclude the matter.

“The UAE and India attacked a US yacht in international waters and kidnapped Latifa along with five foreign nationals, including a US citizen.

“The UAE can not sweep this unlawful and unprecedented attack under the rug for if they do, it would be a green light to commit further crimes outside their jurisdiction.”

Ms Stirling added: “It is not ‘all’s well that ends well’ simply because a Dubai royal is now free to socialise with her friends after the lives of five American, Filipino, and European citizens were irreversibly upturned by the despotic actions of the UAE.
“Herve Jaubert and his crew were beaten, held at gunpoint, abducted, and told they would be killed, dismembered, and scattered in the desert.

“The Nostromo was looted, and Jaubert, who risked his life to help Latifa, has been slandered as a kidnapper.

“Lives have been ruined. International law has been broken; two US allies collaborated in a reckless act of military aggression against an American private vessel outside their jurisdiction; and no one has been held accountable.”

After the latest image was posted, David Haigh, co-founder of the Free Latifa campaign, said: “We are pleased to see Latifa seemingly having a passport, travelling and enjoying an increasing degree of freedom, these are very positive steps forward.”

“I can also confirm that several of the campaign team have been contacted directly by Latifa.”

Sheikh Mohammed bin Rashid al Maktoum denies that his daughter has been kept hostage, saying she is safe and well.

She had not been seen or heard from in public until February when she claimed in a video released by Sky News that she was a “hostage”.

In them she claimed she had been beaten, drugged and imprisoned, locked away in a royal villa and placed under armed guard.

The sheikh insisted she was safe and well and that the family wanted to maintain her privacy.

The post New photo emerges of Dubai’s Princess Latifa as she appears to be travelling in Spain appeared first on Ladun Liadi’s Blog.