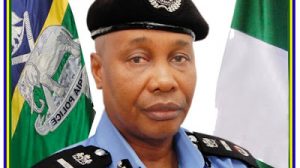 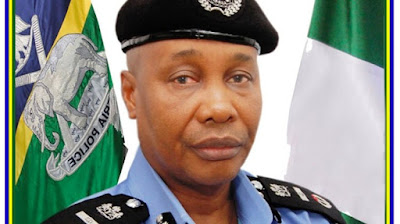 The Inspector-General of Police, Usman Alkali Baba, on Wednesday, charged officers and men of Nigeria Police to exhibit a high sense of professionalism, obey human rights and shun all forms of abuse of the law.

While addressing officers and men of the Kano State Police Command at the headquarters in Bompai, Kano, Baba described Kano as one of the strategic Commands in the country, given its high population and commercial activities.

The IGP said the Nigeria Police under his stewardship is working tirelessly toward ensuring that all needed working materials and ammunitions were provided to police formations nationwide, aimed at ensuring the security of lives and property.

”I’m using this avenue to call on Divisional Police Officers to organise lectures and training regularly for officers and men working under their formations, which would boost their morale and dedication,” he said.

”We are working towards ensuring that all rank and file personnel of the Nigerian police are being supplied with uniforms free of charge, but you should take note that you have to make sacrifices to improve your job and improve yourself”

Besides appreciating the government and people of Kano State for their endless support to the Command, Baba urged officers and men of the Nigeria Police Force to remain steadfast in the discharge of their constitutional responsibilities.

Earlier, Kano State Commissioner of Police, Sama’ila Shuaibu Dikko, who described Kano as a cosmopolitan state, disclosed that the Command has over 7,000 personnel who provide security to over 15 million people.

Furthermore, Shuaibu Dikko disclosed that the Command runs an open-door policy with the community in gathering information geared towards ensuring public safety.

However, he lamented the inadequacy of operational vehicles and manpower, pointing out that the Command requires additional arms and ammunition to tackle numerous challenges.

“We have made steady progress since my assumption as the Commissioner of Police in Kano. We’ve at various times arrested Boko Haram suspects, kidnappers, thugs (popularly known as ‘yan daba) in different parts of the state,” he said.

Also, the Kano Police boss praised the support and cooperation of the Kano State government and other security agencies, which he explained, as the secret behind peace, security and harmony being experienced in the state.