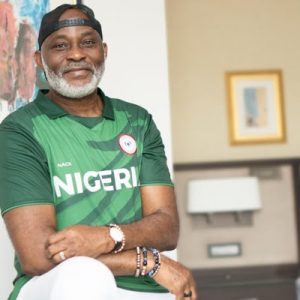 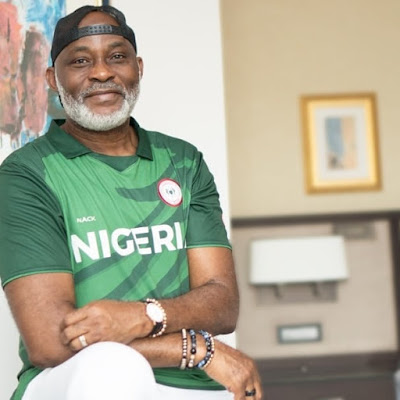 RMD, the veteran Nigerian actor, says no one can make him feel inferior in this world.

The movie star spoke of his early days as an actor, rise to prominence among others on the latest edition of #WithChude.

RMD, whose real name is Richard Mofe-Damijo, recalled assuring his weeping mum that he would make her proud while departing Warri in Delta state for Lagos to pursue his movie career.

He noted that despite having big dreams, he did not anticipate the strides he had managed over the past three decades in the movie landscape.

“I didn’t see all of it. All I said to my mom, standing before her as she was crying was, ‘Mama, don’t worry. You go see me for television,” he said.

“I knew I wanted to be in that box. That’s all I wanted. I am just a simple Warri boy that came to Lagos and found some fame and I am grateful for it.”

The 60-year-old actor said he has managed to rise above challenges that had faced him over the years.

“They have not given birth to the man that will make me feel inferior in this world,” he said.

He also reflected on how Moshood Abiola, the late businessman and politician, helped him overcome the controversies that trailed his first marriage to May Ellen Ezekial, his late wife.

RMD was at the centre of a heated controversy in 1989 over his relationship with Ellen, the media personality better known as MEE.

His critics had accused him of being a gold digger at the time for dating the journalist, who was older than him, and was at the peak of her journalism career.

The pair would eventually tie the knot against the odds and the union was blessed with two children before the journalist passed away in 1996 due to complications from a surgery for fibroid.

Reflecting on the development, RMD said the words of MKO Abiola, the self-acclaimed winner of the June 12, 1993 presidential election, helped him navigate through the tumultuous experience that greeted his first marriage.

“He said to me, ‘it is better that they wake in the morning, they are searching the papers to see what else you have done,” he said.

“Don’t be one of those who would go and search the paper to see what others are doing. So, make sure you give them stuff to think about every day.”

In 2000 — about four years after Ellen’s death — the actor married Jumobi, a former television presenter.

The union has so far been blessed with two children.