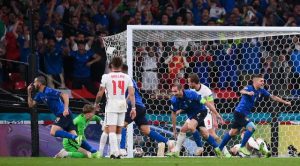 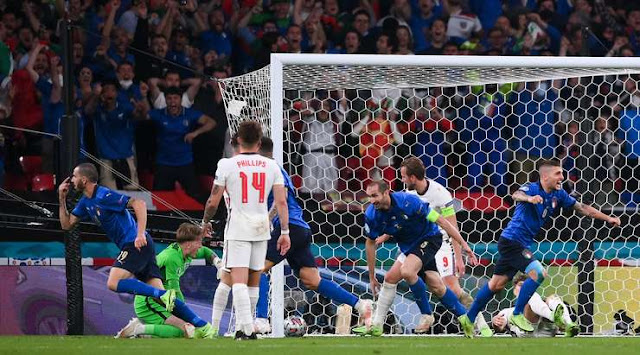 Italy have broken England’s heart after lifting Euro 2020 trophy at Wembley on Sunday, winning 3-2 on penalties.

The match dragged to extra-time after 1-1 at duration time.

With no goal on extra-time, the match has to be decided through penalty shootouts.

England could only convert two of their five penalties, while Italy scored three penalties to carry the day.

Luke Shaw gave England the lead on two minutes into the first half with a super strike.

Shaw met a perfect cross from Kieran Trippier deep inside the box and controlled it with a nice first touch. He produces an accurate strike into the back of the net via the left post, as the English spectators roared to life.

The ball rebounded to Bonucci after a melee in the box, and he easily beat the keeper from close range and buried the ball inside the net to silence English fans.