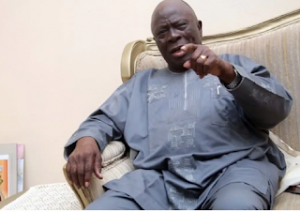 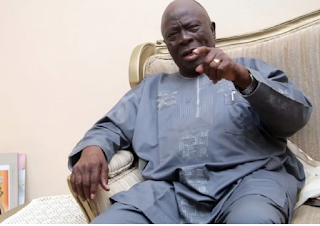 The executive council of Afenifere, a pan Yoruba socio-political organisation, has warned of looming disaster if Nigeria does not return to “true federalism”.

Jare Ajayi, national publicity secretary of the body, released a statement to this effect on Sunday.

He said the position was part of the council’s resolution after its meeting at the Lagos home of Ayo Adebanjo, leader of Afenifere.

Ajayi said the organisation resolved that the country must be restructured and full implementation must be executed before the end of the first half of 2022.

“The Nigerian nation is at the brink of an avoidable catastrophe that requires urgent actions. And the most potent recipe to prevent the catastrophe is restructuring that would return the country to true federalism,” the statement reads.

“After reviewing recent developments in the country, Afenifere executive council said that the signs are ominous, requiring steps to prevent the country from apocalypse.

“The executive council meeting called on President Muhammadu Buhari, the national and state assemblies and all other concerned authorities to ensure that restructuring takes place within remaining part of this year. Its implementation in terms of true federalism in finance, security, social welfare must begin before the middle of next year.”

Afenifere expressed its support for the southern governors’ decision to ban open grazing. The organisation frowned at the criticism of the decision by some northern leaders, wondering what the nation has gained from open grazing.

“Afenifere is in full support of the governors to have laws banning open grazing latest by September 1, this year. We notice that some states already have this law enacted,” the group said.

“We urge the remaining states to enact the law expeditiously. Beyond the enactment however, we call for immediate enforcement of the law so as to put an end to various vices that the act of open grazing is engendering.”

The pan Yoruba organisation added that cows reared in a ranch are “far more productive, healthier and are less tasking for the rearer compared to the ones being driven from one place to another in search of food and water”.