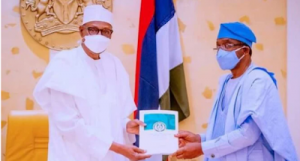 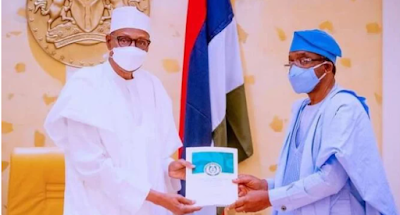 The house of representatives has submitted 19 recommendations to President Muhammadu Buhari on steps to take to address the country’s security challenges.

In April, the lower legislative chamber set up a special ad hoc committee to organise a national security summit to generate ideas towards tackling insecurity across the country.

The report of the summit was debated and approved by the lawmakers during plenary session on Tuesday.

Subsequently, Femi Gbajabiamila, the speaker, led the leadership of the house to present the report to the president for implementation.

Aside from asking that the president declare a state of emergency on unemployment, which it said is the main driver of insecurity, the green chamber also asked the chief of defence staff to fish out “moles and double-agents” from the military who have frustrated the fight against insecurity.

Here are the 19 recommendations the lawmakers transmitted to the president.