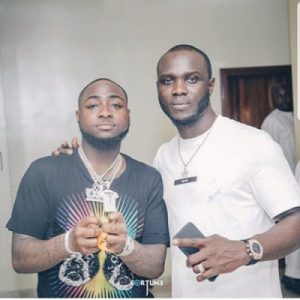 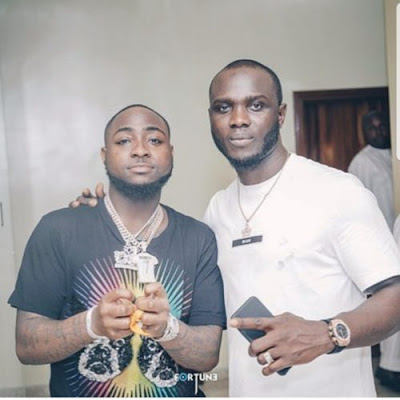 Davido, Nigerian singer, has paid a visit to the gravesite of Obama DMW, the late music executive and his close associate — about two weeks after he was buried.

Obama DMW, whose real name is Habeeb Uthman, died of heart failure on June 29 at a hospital in Lekki, Lagos state.

He was buried the next day in Epe axis of the state, according to Islamic rites.

The ‘OBO’ singer and Tiwa Savage visited the deceased’s gravesite to pay their last respect to him on Wednesday.

In a now-viral video, the pair could be seen standing beside Obama DMW’s grave while they discussed in hushed tones.

Both singers had earlier penned touching tributes to mourn the loss of their colleague.

The ‘FEM’ singer had in his post described the deceased as a protector and his backbone, adding that he was left broken by the news of his death.

“This is by far the hardest thing I’ve had to write. I am hurt, broken, sad, and lost. For the first time in my life, I am extremely confused. The pain is one I cannot explain,” he had written.

“44 was more than an elder brother to me, he was a protector. He was someone that literally just always made me smile. He would do absolutely anything to make me smile, no matter the issue or problems I had…”

On her part, the ’44-99′ crooner also wrote: “Someone said they tried to ruin your reputation but you saved theirs by not telling your story. I’ve never met anyone as brave/strong as you who was also as soft and kind as you.”