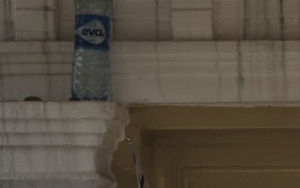 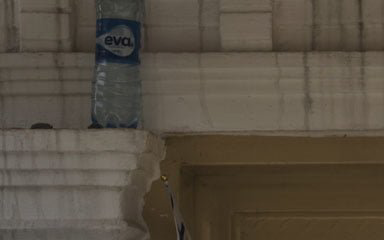 A group, Kingdom Consulate International, has told the Nigerian government that the continuous incarceration of Nnamdi Kanu, the leader of the Indigeneous People of Biafra (IPOB), on charges of treason and incitement of crisis in the southeast region is against international law and jurisprudence.

This is as the Federal Government was asked to release Kanu unconditionally, as the secessionist leader committed no offence to deserve confinement in the custody of the Department of State Service (DSS).

Prince Elendu Uwakwe-Okoronkwo, the President of the group, in a statement to newsmen on Saturday, said that President Muhammadu Buhari should allow agitating Nigerians from various ethnic groups yearning for partitions from Nigeria have their will tested in referendum.

According to the non governmental organization, “The Nigeria government is busy raising shoulders and hardcore brutal use of force against peaceful agitators while she on the other hands, condone the activities of bandits and marauding Fulani herdsmen that are killing farmers, raping women and terrorizing innocent people uninhibited.

“These bandits and Meyatti Allah Cattle breeders have grossly and gravely invaded 95% parts of Nigeria State killing,raping and kidnapping with resultant effects of hunger,farm havoc and sky rocketing prices of food items in the market to the detriment of the people with no single commitment by the government to ameliorate the situation instead the government in turns provides cover for them.This is indeed highly condemnable”.

Okoronkwo, who is based in United States of America, regretted that the president watches fulani herdsmen slaughter other Nigerians and pretends as if he has no knowledge of it while at the same time asking the Attorney General of the Federation and Minister of Justice to dig up 1963 First Republic grazing routes gazatte so as to keep championing the interests of the ‘farm devourers’ against the wish of the state government entities.

“President Buhari must take note that the use of land resides in the residual list of powers which is exclusively under the control of the component State Governors.Buhari must know that he and his kinsmen didn’t purchase the entire Nigeria with any price that would give them the effrontery to be maltreating the citizens and think that nothing would happen. We are in a civilized world and what one thinks he has to boast of may be an old crumbs dumped for no use by another. So, let’s be careful and respect the rights of one another,” he submitted.

Nnamdi Kanu’s lawyer, Ifeanyi Ejiofor had raised an alarm over the health of the IPOB leader.

Ejiofor had claimed that Kanu’s health was failing while in detention of the secret police as he awaits the resumption of his trial.

Against this backdrop, he was dragged before Justice Binta Nyako of an Abuja Federal High Court last month for the continuation of his trial.

Justice Nyako, after listening to Kanu and the government, remanded him in the custody of the Department of State Services, DSS.

Kanu had a few years ago jumped bail and escaped out of the country after the Nigerian military invaded his Afaraukwu country home in 2017.