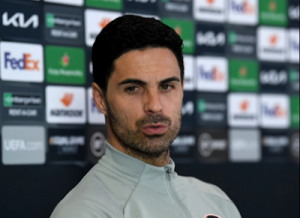 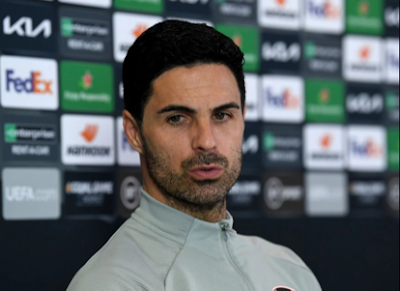 Arteta described Jover as a coach whose expertise is incredibly useful and valuable for Arsenal.

According to the Spaniard, Jover, who he worked with during their time at Manchester City, will replace Andreas Georgson at Arsenal.

But the Swede returned to his homeland this month to take up a role with Malmo.

“We had a situation in the summer with Andreas [Georgson], where he had the possibility to leave to his country,” Arteta told the club’s official website.

“He had different reasons to do that and I understood that situation, so we needed to recruit somebody.

“After looking through what the best solution would be, a person that I know was on the market, was available, is someone whose expertise are incredibly useful and valuable for us.

“He’s joining us. His name is Nicolas Jover and I have worked with him before at City.”

Jover left Man City this summer when his contract with the Premier League champions expired at the end of June.

Meanwhile, Arsenal are currently in Scotland for their pre-season training camp, having lost 2-1 to Hibernian in their first friendly on Tuesday.

Arteta’s side will take on Scottish champions Rangers on Saturday before returning to England.