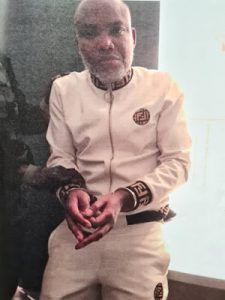 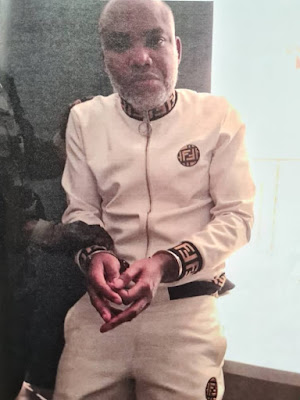 Emmanuel Kanu, the brother of detained leader of the Indigenous People of Biafra (IPOB), Nnamdi Kanu, has claimed they have been denied access to him.

Since he was repatriated from Kenya to Nigeria, Nnamdi Kanu has been kept in the custody of the Department of State Services (DSS).

Speaking with The Nation, Emmanuel said their efforts to see him through a lawyer have been futile.

He said: “We have been denied access to him. We have made several efforts through our lawyer to see him, all to no avail. My brother should be given access to his own private doctor. It is our stand and position.

“Maybe they intend to kill him, because I don’t know why they would not allow us access to see him. As we speak, some legal steps are being taken as we don’t believe in the judicial process here, but we will do what we can.”

Aloy Ejimakor, lawyer to Nnamdi Kanu, has insisted there will be no trial for the Biafra agitator.

Ejimakor explained that no trial would be held due to the manner in which Kanu was rearrested and repatriated to Nigeria.