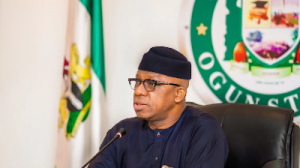 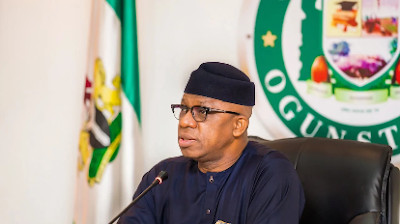 Governor Dapo Abiodun has threatened to demolish any house where cultists are discovered within Ogun State.

Abiodun also vowed to deal decisively with cultists and their parents when arrested, saying that parents should warn their children.

It was gathered that the governor said this on Sunday, during a campaign rally at Remo North Local Government Area of the state.

He said the local government has some individuals who engage in cultism and other acts of hooliganism.

This, Abiodun said would not be tolerated in a state he described as the industrial capital of Nigeria, stressing that government would not allow cultists to send away investors from the state.

“In this local government, I know there are some people behaving like hoodlums; they said they are cultists or so. You see, God blessed us in Ogun State with something – we are the only neighbour Lagos has. So, we are the closest to the biggest airport and the biggest seaport. That is why we are the industrial capital of Nigeria. We cannot allow a cultist or a thug to cause chaos and scare investors away from Ogun State,” it was said.

Sounding a serious note of warning, the governor emphasised that, “if I catch anybody engaging in cultism in Remo North, the person, his parents and their house will be severely dealt with.

“Any house where a cultist is discovered will be demolished. Parents should warn their children because it is going to be tough.

“Our state is adjudged the most beautiful state in this country. Without peace, there cannot be meaningful socio-economic development. So, we will deal decisively with anyone that wants to disturb our peace in this state, particularly in this local government,” the governor warned.