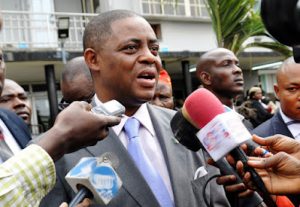 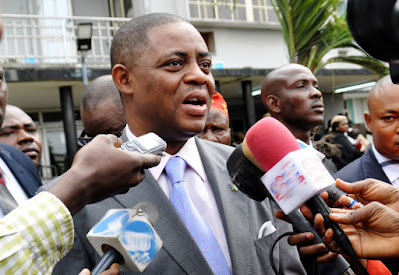 A former aviation minister, Femi Fani-Kayode, has urged the Benin Republic government to accord Sunday Adeyemo aka Sunday Igboho the respect he deserves.

Recall that the freedom fighter was arrested at an airport in Cotonou, Benin Republic, on Monday night.

The Oduduwa Republic agitator was said to have been arrested by Beninoise authorities while on his way to Germany.

There are also reports that the Nigerian government wants Igboho to be extradited to Nigeria.

Reacting to the development, Fani-Kayode on his twitter page said the Beninoise Government must be fair in their actions towards the activist and he should not be denied access to his lawyers and doctors.

”I call on the authorities in Cotonou to respect the civil liberties & rights of Chief Sunday Adeyemo (Sunday Igboho) & I call on them to treat him with respect & decorum. Those rights are protected under international laws & protocols, including the African Charter on Human and Peoples’ Rights to which the Benin Republic is a signatory.

”The Beninoise Government must be fair in their actions. Igboho must not be denied access to his doctors and lawyers and he must not be tortured, brutalised, humiliated or treated with contempt,” he wrote.

”The whole world is watching and we shall continue to monitor the events with concern and keen interest.”