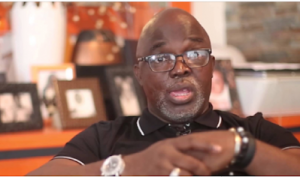 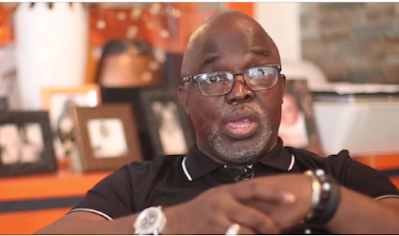 Amaju Pinnick, the Nigeria Football Federation (NFF) President, has vowed to unmask the unidentified Nigerian man who harassed the Nigerian Women football team, Super Falcons, in Vienna, Austria, while on a train to their way to training on Tuesday.

The man had accused the Super Falcons of failing Nigerian Youths by representing ‘a terrorist government’.

In a viral video, he accused President Muhammadu Buhari’s government of kidnapping Nigerian youths and killing them.

Reacting to the development, Pinnick said the Falcons did not deserve to be subjected to such harassment.

“We’re infuriated because these are young ladies [Super Falcons] who are our ambassadors and are there in Austria preparing for major international competitions.

“That was a dastardly act by that fellow, and we’re not taking it lightly. The girls simply wanted to go on sightseeing, and there’s nothing wrong with that. They don’t deserve to be subjected to such a diatribe by a so-called fellow Nigerian.

“We’ll unmask the fellow and then take it from there,” Pinnick was quoted by Soccernet as saying.