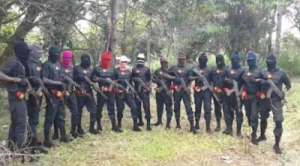 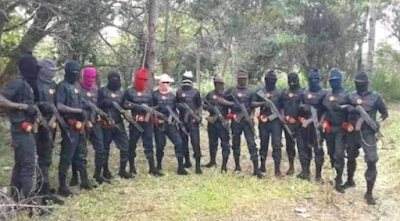 The Indigenous People of Biafra (IPOB) says it closed its bank account domiciled in the United States.

According to a statement issued on Thursday by Chika Edoziem, IPOB head of directorate, the account served as a “worldwide” platform for members of the group to pay their monthly contributions.

Edoziem said IPOB closed the account after it received a report from the bank that some “yet to be identified persons” accused it of fraudulently operating the account.

He said another account has been opened to serve the same purpose, adding that members are advised to comply with the new platform.

“That the leader of the Indigenous People of Biafra worldwide, Nnamdi Kanu, authorised the opening of the IPOB USA, families were instructed to pay in their monthly contributions,” the statement reads.

“That this same USA national account was also designated by our leader as the account for ESN worldwide contributions.

“Following a report to the bank by yet to be identified persons that this account is fraudulent, the bank requested that the account be closed.”

IPOB was declared a terrorist organisation in 2017 by a federal high court in Abuja which proscribed it on the request of the federal government.

Nnamdi Kanu, its leader, is facing charges bordering on treasonable felony over his campaign for a ”Republic of Biafra”.

He is in the custody of the Department of State Services pending the continuation of his trial on July 26.