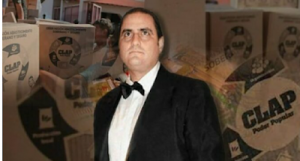 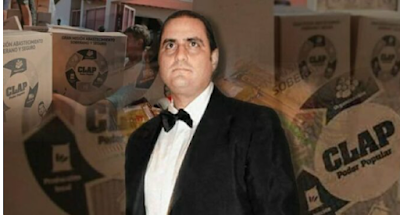 The United Kingdom has frozen the assets of Alex Saab, a special envoy of the Venezuelan government who allegedly exploited two of Venezuela’s public programmes which were set up to supply poor Venezuelans with affordable foodstuffs and housing.

Saab was sanctioned alongside Alvaro Vargas, his associate.

The Venezuelan envoy is currently detained in Cape Verde and facing extradition to the United States for corruption charges.

Teodoro Obiang Mangue, vice-president of Equatorial Guinea; Kudakwashe Tagwirei, a Zimbabwean businessman, and Nawfal Al-Sultan, an ex-governor of Iraq, were also sanctioned by the UK for their involvement in corruption.

According to Dominic Raab, UK foreign secretary, the individuals were sanctioned under the UK’s global anti-corruption sanctions regime.

Raab said the sanctions target cases of serious corruption which have deprived developing countries of vital resources and individuals who have lined their own pockets at the expense of their citizens.

“This second set of Global Anti-Corruption sanctions targets corrupt individuals who have lined their own pockets through misappropriation, with their greed causing untold damage to the countries and communities they exploit,” Raab said.

“The UK will impose asset freezes and travel bans against these individuals to ensure they will no longer be able to channel their money through UK banks or enter the country.

“Alex Nain Saab Morán and Alvaro Enrique Pulido Vargas for exploiting two of Venezuela’s public programmes which were set up to supply poor Venezuelans with affordable foodstuffs and housing. They benefitted from improperly awarded contracts, where promised goods were delivered at highly inflated prices. Their actions caused further suffering to already poverty stricken Venezuelans, for their own private enrichment

“Teodoro Obiang Mangue, vice president of Equatorial Guinea, and son of the current president, for his involvement in the misappropriation of state funds into his own personal bank accounts, corrupt contracting arrangements and soliciting bribes, to fund a lavish lifestyle inconsistent with his official salary as a government minister. This included the purchase of a $100m mansion in Paris and a $38 million private jet

“Kudakwashe Regimond Tagwirei for profiting from misappropriation of property when his company, Sakunda Holdings, redeemed Government of Zimbabwe Treasury Bills at up to ten times their official value. His actions accelerated the devaluation of Zimbabwe’s currency, increasing the price of essentials, such as food, for Zimbabwean citizens

“Nawfal Hammadi Al-Sultan has been involved in serious corruption in his role as Governor of Nineveh province, Iraq, where he misappropriated public funds intended for reconstruction efforts and to provide support for civilians, and improperly awarded contracts and other state property. Al-Sultan is currently serving a combined five-year prison sentence in Iraq for corruption offences, including wasting five billion Iraqi dinars (approximately £2.5 million) through fictitious public works”

The foreign secretary added that the UK is committed to fighting corruption and holding those responsible for its corrosive effect to account.

“These measures follow the first tranche of UK sanctions under the Global Anti-Corruption sanctions regime in April, which targeted 22 individuals involved in serious corruption cases in Russia, South Africa, South Sudan and Latin America,” he said.

The financial restrictions will also apply to any entities owned or controlled by the persons designated.