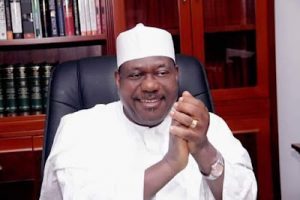 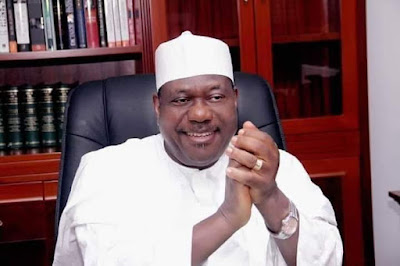 The Minister of Special Duties and Inter-governmental Affairs, Sen. George Akume, said President Muhammadu Buhari and All Progressives Congress have not failed Nigerians.

According to him, President Buhari has executed 24 development projects in Benue.

Akume listed the projects on Friday while addressing Benue APC stakeholders ahead of their forthcoming party congresses in the state in Makurdi.

He said Buhari has executed a total of 24 projects across the state, adding that this is not about playing politics but stating the “objective reality”.

According to him, some of the projects are already completed while others were at various stages of completion.

Akume added that the projects also included establishment of Federal Polytechnic Wannue and Federal College of Education Odugbo, award of contract for the rehabilitation of Gboko-Ameladu road, among others.

The former governor of Benue and Minority Leader of the Senate further boosted that the APC has not failed Nigerians as the party has advanced the education sector as well as huge investment in infrastructure, among others.

He said even though the party inherited an economy that was already heading deep into recession in 2015, yet it still had to bailout states to pay salaries.

On the forthcoming party congresses, Akume assured members of free and fair congresses in the state, adding that the people would decide their candidates in the coming 2023 general elections.

“In 2023 you people will decide your candidates and I will only be briefed. I have failed you people in the past and I have apologized.

“Both in the congresses and 2023 elections, I have no special candidates. APC is one and together we are bigger than one individual,” he said.

Also, Mr Emmanuel Jime, the Executive Secretary, Nigerian Shippers Council, thanked the stakeholders for their sustained support and steadfastness in spite of losing the governorship election in 2019.

Jime said that the leaders of the party in the state have resolved to conduct credible congresses that would stand the test of time so as to win the 2023 governorship election in the state.