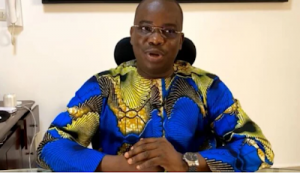 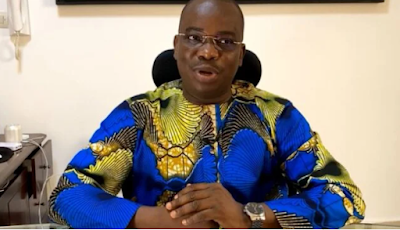 Ibrahim Salami, one of the five lawyers representing Sunday Adeyemo better known as Sunday Igboho, says he and other lawyers will never let the Yoruba youth leader get extradited to Nigeria.

Igboho was arrested on Monday in Benin, while he was about to board a flight to Germany to meet the rest of his family.

He was immediately charged to court and has been held at Brigade économique et financière (BEF).

The lawyer, who is also a professor at a University in Benin, said it will be better to kill Sunday Igboho in Cotonou than to let him go to the slaughter in Nigeria.

“What is important for us, what is paramount, is to never never never allow for the extradition of Sunday Igboho to Nigeria,” he told the BBC in an interview on Saturday.

“With all that happened in his house, and how the army is threatening him, allowing for his extradition will be sending him home to death.

“Rather than do that, it would be better to keep him in Benin and kill him, than to let him go to Nigeria to be slaughtered like an animal. That has been our struggle and agitation here in Benin.”

NO EXTRADITION ACCORD BETWEEN BENIN AND NIGERIA

Salami said by law, it would be difficult for Igboho to be extradited to Nigeria because there is no extradition treaty or accord between both countries.

He said but if politics get involved, then anything can happen, but that would be outside the law.

“To extradite him will be difficult, but in politics, we cant say. But by law, there is no extradition accord between Nigeria and Benin.”

The professor also added that Igboho will return to court on Monday and hopefully a verdict will be gotten on the same day.

He appreciated the support the Yoruba Nation activist has gotten from US, UK, Europe, Africa and the rest of the world.