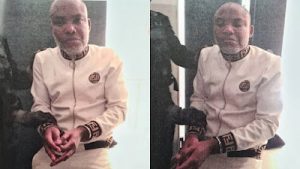 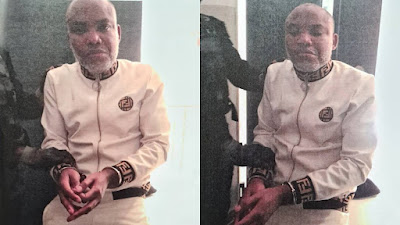 Binta Nyako, judge of the federal high court, has adjourned the trial of Nnamdi Kanu, leader of the Indigenous People of Biafra (IPOB), till October 21, owing to the failure of the federal government to produce him in court on Monday.

In June, Nnamdi Kanu was arrested and extradited to Nigeria to face trial. He was remanded in DSS custody after he was re-arraigned before the judge.

Kanu is facing charges bordering on treasonable felony brought against him by the federal government over his campaign for a ”Republic of Biafra”.

He was released in April 2017 for health reasons but skipped bail after flouting some of the conditions given to him by the court.

He later fled Nigeria after soldiers raided his father’s residence in Abia state in November 2017.