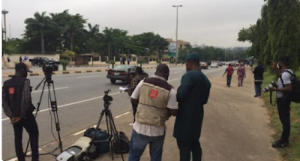 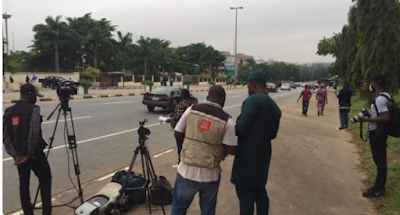 The federal high court in Abuja has selected only 10 media organisations to cover the trial of Nnamdi Kanu, leader of the Indigenous People of Biafra (IPOB), which resumes on Monday.

The development is contrary to the report that the Department of State Services (DSS) picked the 10 media organisations to cover Kanu’s trial.

In a letter dated July 23,  Catherine Christopher, chief information officer of the federal high court, said only a few listed journalists will be allowed to enter the court’s premises.

The letter listed only 10 media organisations.

Ssecurity agencies, including the Department of State Services (DSS) and the Nigerian Police Force were given copies of the list.

There has been heavy security presence at the court premises since Sunday ahead of the trial of the IPOB leader.