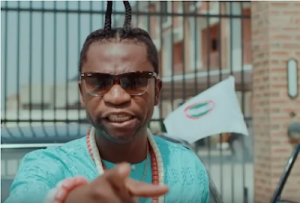 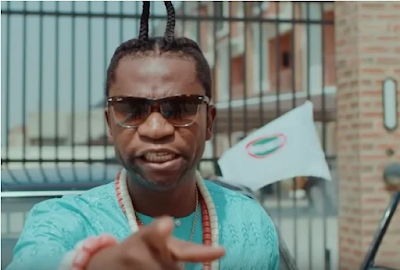 Speed Darlington, the US-based Nigerian rapper, has taken to social media to lament over the alleged looting of his car by yet-to-be-identified individuals after it landed at Lagos port from the United States.

In a video shared on his Instagram page, the musician said his car arrived in the country on July 20 shortly before this year’s Sallah celebration.

Darlington also said he paid the sum of N550,000 to transport the car from his base in the US to Nigeria.

The singer added that when he eventually got the car, all the items kept inside the vehicle had been looted while several parts of the car were also defaced.

According to him, officials at the port allegedly used a forklift to push his car from the ship after it failed to start.

He decried the failure of regulatory agencies at the port, adding that several items he had toiled to gather for years were stolen in the process.

“Look at what they did to my car. This is not the car that I left in the US. Nigeria is full of hate. All this was not there when I dropped this car off. Five hundred fifty thousand naira, I’m not rich but in the middle-class,” he said.

“Look at what they did to my car after paying $1200. How much does a man have to pay for his properties to be taken care of? So my car didn’t start and you decided to use a forklift to push my car, really? After all that fees.

“Look at my car trunk, it’s empty, they took everything including all my tools worth over $500. Two fuel pumps, speaker, and others.

“My car landed on July 20 and the next day was Sallah. Just two days holiday and they did this to me. I have all types of personal tools in the car…speaker, amplifier, inverter.

“It’s so hard to make it in Nigeria. They took everything from the inside and outside. The agent that I contracted was a useless one, I’ll never hire him again.

“Nigerian Customs Service (NCS) and ship offloaders don’t have a battery to charge someone’s car even after I paid N550,000. When a car is parked for a month or plus, there’s a chance it’ll not start so my mine is not the first.”

He went on to curse those responsible for the looting of his car, saying they will “suffer till death”.

“You that stole my years of accumulation will never make in life. As you move around with my looted items, you’ll be knocked down by a vehicle. Such a person will manage till his last days on earth. You’ll suffer till death,” he added.

In a post accompanying the video, he also narrated how police officials “attempted to extort” him while still grappling with the looting of his car.