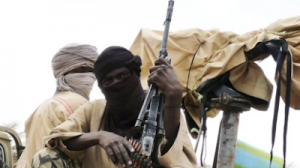 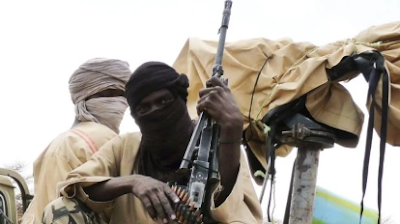 In another effort to secure the freedom of their children, parents of the 136 kidnapped pupils of Salihu Tanko Islamiyya School, Tegina, Niger State, who were abducted two months ago, are battling to raise close to N3million to meet the latest demand of the bandits.

The bandits have reportedly demanded six Honda motorcycles as a condition to set the children free.

Findings show that each of the Honda motorcycles go for N490,000 in the market.

The children were abducted on May 30, 2021, in their school and have been held captive by the bandits until today, despite allegedly collecting about N55 million ransom from parents.

It was gathered that the parents had already contributed and sent about N55M to the bandits in ramson but they held onto the children and added the motorcycles as the latest demand from their families.

Initially, it was learnt that the families of the abductees and the school sold their landed properties to raise the first ransom of N25million but, instead of releasing the captives, the bandits placed another demand of N30million, which was also contributed and taken to their hideout in the forest.

But, they(bandits) again reneged on their promise over a shortfall of N4.5million on the ransom and demanded for the motorcycles.

Aan identified as Kassimu Daragana Tegina, accompanied by some mediators, was despatched to deliver the N30M ransom but was detained by the bandits due to the alleged shortfall and released on Monday.

Upon his release, Kassimu told the parents about the bad condition of the children, the alleged shortfall to the ransom and the bandits’ current demand for motorcycles.

However, the bandits appeared to have shifted their stance on the shortfall as it gathered that on Friday, they reportedly demanded only six motorcycles.

It was gathered that the parents, who were disturbed by the picture of the deplorable conditions of their children given to them by Kassimu are contributing money to enable them purchase the motorcycles for the bandits.

Efforts to get the head teacher of the school, Alhassan Garba Abubakar, were abortive as he could not be reached.

One of the parents who would not want their name mentioned said the families are disturbed by the continued stay of their children with the bandits as well as the demands they are making.

Lamenting, the parents said initially they gathered N25million which was delivered to the bandits at the designated location but, they later claimed that the ransom did not get them.

“The only thing we can do as usual is to keep praying for their safe return. We don’t understand what is happening, the Bandits keep making more and more demands. The first N25M we sent they claimed they didn’t receive. We believe that the latest N30 million ransom we gave to Kassimu so days ago is complete and delivered to the Bandits. But instead of releasing our children they have continued to seek ways of collecting more money from the parents of children. When will all these demands end because our children are suffering in the hands of those wicked bandits,” one of them said.

Efforts to get the head teacher of the school, Alhassan Garba Abubakar, on current developments on the issue proved abortive as he could not be reached.

However, the Niger State Government, through the Secretary to the State Government, Ibrahim Matane, had remained adamant on its position of ruling out payment of ransom to bandits in securing the freedom of the abducted children in the state.

‘We know the location where they (pupils) are; we do not want to apply force. We are very careful of any situation; we do not want to hurt the children while resorting to military action. We are taking time to evaluate ongoing negotiations with the bandits in order to prevent collateral damage.,” the SSG told journalists.