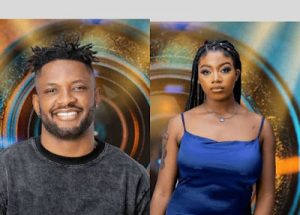 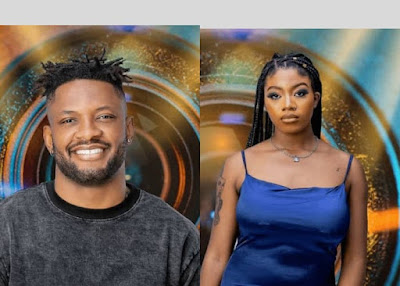 Big Brother Shine Ya Eye housemates, Cross and Angel, showered together on Monday, the ninth day of the show.

“This morning, I was taking my shower. Guess what guys? She just came in and entered and took her shower too. Normally, that’s how she behaves,” Cross said.

According to Cross, Angel’s carefree and down-to-earth attitude has earned her his respect.

“That’s why I respect her a lot. Of all the housemates, both boys and girls, she’s the one I respect the most because she’s herself 100%. That’s going to take her as far as anything she can be. She’s herself 100%,” Cross said.

This comes shortly after Cross advised Sammie about his relationship with Angel, as Sammie revealed that he wants to make things work with Angel.

Cross had asked Sammie about his plans concerning the success of his relationship with Angel, and Sammie answered, “The same ‘vibes’ that she gives me in the house is what I give her back.”

During the chat, Cross had told the housemates what he thinks about Angel.