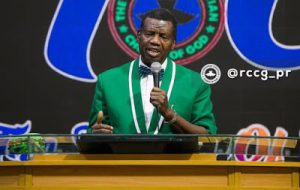 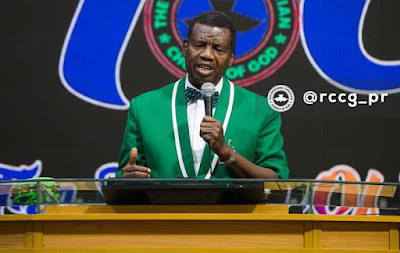 At the opening of the 69th annual convention of the Redeemed Christian Church of God (RCCG) on Monday, children and youths from around the world had a joyful time with songs, prayers, drama, and talk shows, among others.

There was an additional dose in the evening, when the plenary, which featured a sermon by Enoch Adeboye, general overseer of the church, was devoted to them. All events were held virtually and broadcast by the Dove Media Network of the church.

In his carefully paced sermon last night, Adeboye, who described children as the heritage or reward of God, charged adults to be mindful of the way they treat them.

He said God loves children because they relate with him and praise him perfectly without inhibitions and also because children are easier to be carried and trusted by God.

“So important are children to God that angels are allowed to carry their prayers to God directly,” he said.

Explaining the focus of the convention — which has the theme “a new wave of glory” — on children, the cleric said glory moves in waves with incremental intensity and power.

He cited the examples of Moses and Joshua, Elijah and Elisha, who got double anointing from his spiritual father.

He described fathers (biological and spiritual) as waves and their children, who are supposed to be greater with time, as new, bigger waves.

Expanding the scope, he said all humans, irrespective of age, are supposed to be children before the almighty God, who is the ancient of days.

He advised adults not to be proud or feel too big to relate to God, the way children do – with honesty and without inhibitions.

Making an altar wall later, Adeboye, through many bible passages, explained that adults have to be converted to be like children to enter the kingdom of heaven.

While the children were having their day, ministers of the church were busy at the second part of a ministers’ conference which begun on Sunday night.

Earlier on Monday morning, the general overseer had led hundreds of ministers and workers on the camp in a 10-kilometre prayer walk as a major activity to commence the convention.

According to the church, the spiritual exercise was part of the efforts to experience the atmosphere of God’s presence in ushering all and sundry into a new wave.

Adeboye had said on social media that the prayer walk which opens the beginning convention “is one of those events I look forward to personally as there is raw evidence that God has released supernatural strength for the week-long event”.

“I pray for you that every weak area of your life will receive a new wave of strength from the throne of grace in Jesus’ name,” he added.