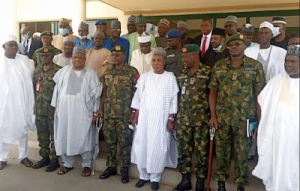 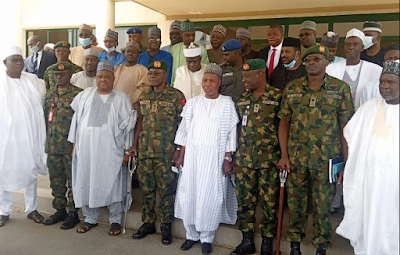 Aminu Masari, governor of Katsina, says 10 out of the 34 LGAs in the state are attacked daily by bandits.

Masari spoke on Thursday when he received Faruk Yahaya, chief of army staff, who was on a courtesy visit.

The governor told Yahaya that the 10 LGAs have been under repeated attacks from bandits who kill, rape, injure the people, burn houses, and rustle cattle.

He described the insecurity level in Katsina as alarming, adding that the state government is “totally unhappy” with the situation.

“Here in Katsina, we have created three tiers of security success, from the community to the local, up to the state level, aimed at ensuring peace in our communities,” Masari said.

“We want peace restored as soon as possible and allow the military to go back to the barracks for the police to take over.”

The governor further assured Yahaya of the state government’s commitment in offering all the necessary support to enable the military to discharge its duties effectively.

On his part, Yahaya said he was on an operational visit to the state to interact with the troops in order to know their challenges.

He assured the governor that the military would continue to work with other security agencies to bring peace to the state.

He called on the public to support the army, especially by providing necessary information on criminals.