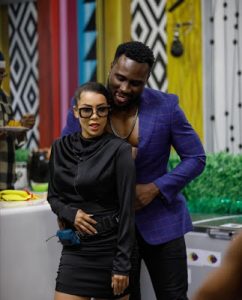 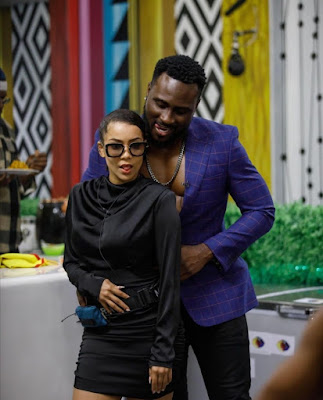 During a conversation on Saturday morning, BBNaija housemate, Liquorose, revealed to Maria that she shared a ki*s with Pere the previous night.

According to Liquorose: “You were k*s*ing P. You were like, ‘I just want to f**ki#g kiss P’. Then you grabbed him.”

This revelation came as a shock to viewers and Maria herself as it seemed Pere and Maria were on the outs.

Maria later told Pere to stay away from her, saying, “I don’t even know how you ended up in my bed last night. that’s how drunk I was. And the fact that I did all that. You need to really stay away from me and I’m being serious”.

The two housemates had formed a strong bond due to their shared burden of being wildcards.

That relationship went sour on Monday night after Pere k*s*ed fellow housemate, Beatrice, during a heated game of truth or dare. The pair continued an aggressive lip-lock even after the 18 seconds allotted to them had elapsed.

Later that night, Pere confessed his feelings for Maria to her. The visibly annoyed Maria swiftly shut him down. It was later revealed that she felt disrespected by Pere.

“You put a mark on me in this house and you disrespected me by passionately k*s*ing Beatrice,” she had said.

However, with alcohol taking the reins, Maria’s sober thoughts may have become drunk actions.

It stands to reason that we can expect more twists and turns in Maria and Pere’s atypical relationship as the weeks go by.