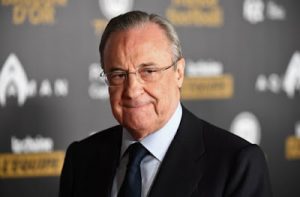 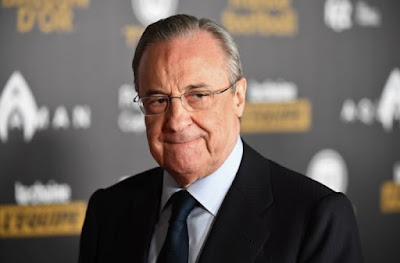 The board of directors of Real Madrid have decided to take civil and criminal legal actions against the LaLiga President, Mr Javier Tebas Medrano.

Also to be sued are Mr Javier de Jaime Guijarro, head of the CVC Fund and the CVC Capital Partners SICAV-FIS Fund.

The Madrid board announced the decision today after its meeting at 11 a.m.

“Board of Directors has resolved to take any legal action it considers appropriate to annul and render ineffective any possible resolutions adopted by the LaLiga Assembly, due to be held on 12 August 2021, in relation to the agreement between LaLiga and the CVC Fund”, a statement by the board said.

Under the deal, CVC would inject 2.7 billion euros (£2.3 billion) into La Liga in exchange for 10 per cent of its revenue and a 10 per cent stake in most of its business, with 90 per cent of the injection going to clubs.

Madrid first reacted on Thursday with a statement saying: “This agreement has been reached without the involvement of Real Madrid.

“The clubs have agreed to sell their audiovisual rights on a market basis, for a maximum of three years.

“The agreement is misleading and expropriates 10.95% the clubs’ audiovisual right for the next 50 year, in violation of the law.

“The negotiations were conducted without the need for competitive proceedings.

“The financial terms that CVC Capital Partners agreed on give them an annual return of over 20%. This fund, which is opportunistic in nature, was also unsuccessful in reaching similar agreements with the German and Italian leagues.

“Real Madrid cannot support any venture that gives the futures 42 Primera Division and Segunda Division clubs over a group investors, not to say the futures for those clubs that qualify over the next 50-years.

“Real Madrid convenes the Assembly of Representative Members for the discussion of the agreement, and to discuss the significant loss of equity that is unprecedented in our history of 119 years.”

Barcelona spoke a day after, in the same scathing tone like Madrid.

“FC Barcelona considers that the operation that has been announced has not been sufficiently discussed with the clubs (the owners of the TV rights); that the amount is not congruent with the years of duration, and the deal affects part of all clubs’ audiovisual rights for the next 50 years.”

“The terms of the contract that La Liga is describing condemn Barcelona’s future with regard to broadcasting rights.

“FC Barcelona wishes to express its surprise at an agreement driven by La Liga in which the teams’ opinions, including those of FC Barcelona, have not been taken into account.

“There has not even been a presentation of options offered by other competitors in order to evaluate the pros and cons in a post-pandemic situation in which there are still many questions that are left unanswered.”