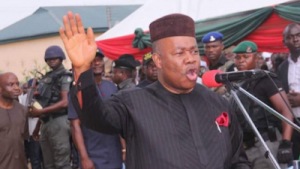 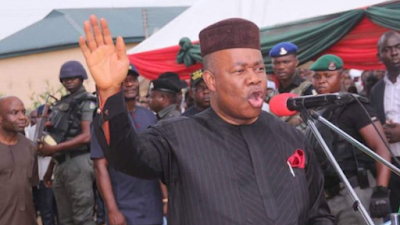 A coalition of Niger Delta contractors has beckoned on the Minister of Niger Delta Affairs, Godswill Akpabio, and the Interim Administrator of Engr Kelvin Douglas Niger Delta Development Commission, NDDC, Effiong Akwa, to complete the payment for projects done by them in the oil-rich region.

In a statement on Wednesday, the coalition said their members “are dying on a daily basis as result of pressure from loans, harassment and intimidation”.

The statement signed by the Chairman and Secretary, Engr Kelvin Douglas and Preye Briggs respectively added that some other contractors have already developed High Blood Pressure as a result.

To this end, they also begged the Presidency to intervene in the matter, stressing that some contractors completed their jobs two years ago and are yet to access payment.

The contractors recalled that weeks ago, the NDDC MD assembled some contractors and made some payments below N100million, “assuring them of payment but until now nothing has been paid”.

While making a passionate appeal for the payments to be fast-tracked, they noted that over N5billion are still been owed contractors.

Meanwhile, the NDDC and the Niger Delta Ministry recently announced that the process of the Forensic Audit as ordered by President Muhammadu Buhari, has been concluded and that the report would be presented to the president soon.