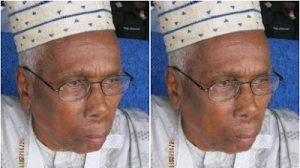 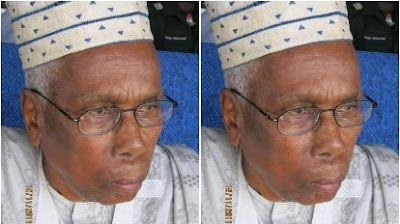 Family members and friends as well as residents of Yola Town in the Yola South Local Government Area of Adamawa State where he had his home, confirmed his death on Friday afternoon.

Joda began his civil service career in the then Northern Regional Government as later joined the federal civil service and rose to be one of what were known in his time as Super Permanent Secretaries.

He got back to national prominence in 2015 when he headed the 2015 Transition Committee of President Muhammadu Buhari.

Joda, who retired as Permanent Secretary, Ministry of Industries under the military government of General Yakubu Gowon in the 1970s, has over the decades served as chairman and board member of various notable companies.

The deceased had attended Yola Elementary and Middle schools before proceeding to Barewa College, Zaria.

After completing his secondary education in 1948, Ahmed Joda was admitted to Moor Plantation, Ibadan, and worked briefly at an agricultural centre in Yola before entering the field of journalism at Gaskiya Corporation, Zaria.