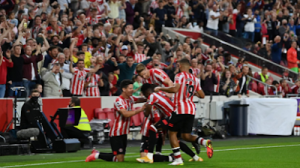 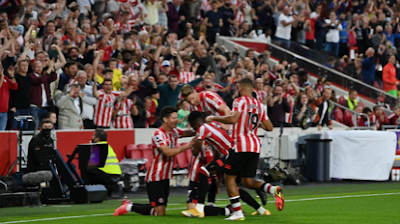 Frank said Toney’s presence was unbelievable, adding that the striker was in constant battle with Arsenal centre-backs during the encounter.

“Unbelievable presence, how he [Ivan Toney] led the team. Constant battle with the centre-backs. He did many good things with link-up play and set-pieces in both boxes,” Frank told BBC.

He added, “We didn’t have any Premier League experience – maybe 30 minutes. We believe if we have players with quality and the right character, then there is no problems.”

“Of course, this is one game. We have to prove it many more times. But this was a good start.

“Tonight, I will enjoy it and get a glass of red.”