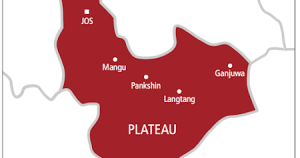 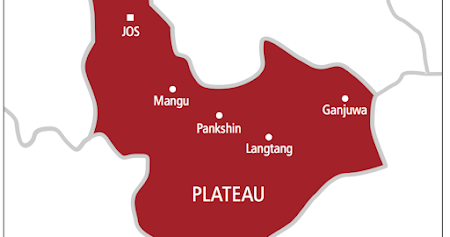 Twenty-two persons were killed around 9.28am on Saturday when a group of rampaging youths attacked a convoy of five buses on Rukuba Road in the Jos North Local Government Area of Plateau State.

Fourteen people were also injured during the violence and rushed to a hospital for treatment.

The victims were said to be returning from the annual Zikr prayer in Bauchi State and heading for Ikare in Ondo State.

Ogaba said, “On 14/08/2021 at about 0928hrs, the Plateau State Police Command received a distress call that a group of attackers and their sympathisers along Rukuba Road of Jos North Local Government Area attacked a convoy of five buses returning from the annual Zikr prayer in Bauchi State and heading for Ikare in Ondo State.”

“Unfortunately, 22 persons were killed and 14 injured in the attack,” he added.

On the other hand, the military statement did not disclose the number of casualties but indicated that 12 suspects had been arrested.

It read in part, “This morning, our troops swiftly responded to distress calls that suspected hoodlums blocked a junction along Rukuba Road in the Jos North Local Government Area and attacked some commuters. Troops immediately mobilised to the scene and restored normalcy.

“Unfortunately, some persons lost their lives in the incident, while others with varying degrees of injury have been evacuated to a medical facility for care.

“So far, 12 suspects have been arrested in connection with the incident and troops are on the trail of others who took part in the heinous act. Those arrested are currently in custody for interrogation.”

It was learnt that the attack was during the burial of six farmers killed by suspected herdsmen in the state recently.

While their corpses were being conveyed from the Plateau Specialist Hospital in Jos, it was learnt that a protest broke out among the community members, families and loved ones of the slain farmers.

The protesters were dressed in black attire and displayed placards with different inscriptions calling on the authorities to stop the killings in Bassa and other local government areas of the state.

However, according to eyewitnesses, the protest turned violent at the Rukuba Road axis of Jos North Local Government Area, leading to the attack on the people returning from the Zikr prayer in Bauchi State.

Sources who visited Rukuba around 10am, saw two corpses beside the road, while four Toyota Hilux vehicles belonging to security agents were seen evacuating other dead bodies and those injured at the scene.

An eyewitness, Timothy Bulus, told our correspondent that he counted 10 dead bodies at the scene.

He said, “What happened was that some angry youths who were unhappy with the killing of their kinsmen sighted some vehicles on the road full of people suspected to be Fulani herdsmen.

“The youth stopped the vehicles and asked them where they were going. The commuters answered that they were going for a burial. The youth demanded to see the corpses but could not find any. Before we knew it, there were gunshots everywhere, leading to casualties.”

While the victims of the violence were evacuated to the Plateau Specialist Hospital, the convoy of ambulances conveying the six slain farmers was forced to make a detour to the LEA Primary School, Kitago, for the funeral.

During the funeral, Rev David Dikwa of the Catholic Church, in a homely, warned that God’s judgement would soon locate those killing the people for no justifiable reasons.

The remains of the deceased were later buried at Kperi in Miango community around 1.30 pm.

Reacting to the attack, the President Muhammadu Buhari ordered the security agencies to ensure that the perpetrators were arrested and brought to justice.

He gave the directive in a statement by his Senior Special Assistant on Media and Publicity, Garba Shehu.

It quoted the President as saying, “Make no mistake about it: in line with my commitment to protect all Nigerians, I have ordered our security agencies to fish out the perpetrators of this gruesome massacre of innocent travellers and bring them to justice.”

While commiserating with families of the victims, the Presidency promised to continue to work with local authorities to ensure the safety of lives and property.

“These kinds of attacks on our country’s citizens are unacceptable, heinous, and stand in complete contradiction to the teachings of the great religions of our nation,” the statement read.

In a statement personally signed by him, Lalong said, “Having reviewed the reports and monitored the unfolding scenario, government is concerned about the persisting tensions and reported attempts by some persons to take the laws into their hands by threatening to attack individuals and private facilities, as well as public property.

“In order to avoid further deterioration of the situation and to protect lives and properties of citizens, I have directed the imposition of curfew on Jos North, Bassa and Jos South Local Governments commencing 6pm to 6am from August 14 2021.

“The curfew shall remain in place subject to further review by the State Security Council.

“All citizens are therefore directed to abide by the directive to enable security personnel maintain law and order in the affected areas and deal with those attempting to foment trouble by taking advantage of the situation to perpetrate crime.”