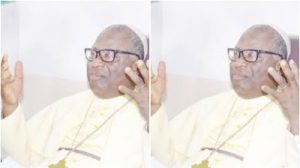 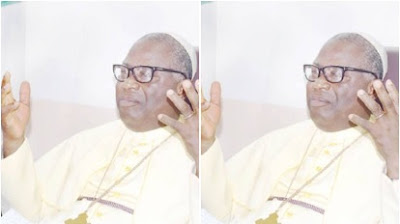 The Prelate of the Methodist Church of Nigeria, His eminence, Reverend Samuel Uche has expressed concern over the non-adherence to the principles of federal character as enshrined in the constitution of Nigeria.

The Methodist prelate opined that every geopolitical zone of the country must have a share of the presidency to reflect the federal character, stressing that Nigeria is not only owned by people from a particular ethnic tribe as being witnessed in the current system of the country.

He further stressed that no particular ethnic tribe is born to rule nor has the monopoly of rulership and position in Nigeria, insisting that the nation’s presidential seat must rotate to reflect federal character for peace to return in the country.

Uche spoke while briefing newsmen at the end of the National Methodist Women Conference held at the Methodist Cathedral Church, Umuwaya road in Umuahia, the capital city of Abia State.

The Prelate posited that any good person who can bring progress and can move the country forward should be elected from any part of the geopolitical zones in the interest of peace, unity and economic development of Nigeria.

Asked to comment on the secessionist agitations across the southeast region, and the country at large, the Methodist prelate decried the repatriation of the detained leader of the Indigenous People of Biafra (IPOB), Nnamdi Kan,u and the arrest of Yoruba activist, Sunday Igboho.

Revd Uche urged leaders in the country not to be autocratic or punitive but to go further to ascertain what necessitated the agitations and address it genuinely.

According to the priest, “they should trace what is the remote and the immediate cause of the agitations.

“There is an element of bad leadership and people are not happy they are not satisfied with the way things are going on; leadership with impunity and callousness.

“We are not in military rule and there is no trace of democratic rulership. This should not happen, it is absurd, “he added.

The Prelate further advised President Muhammadu Buhari to listen to the voice of reason from the Nigerian masses and embrace everyone to bring peace to the country.