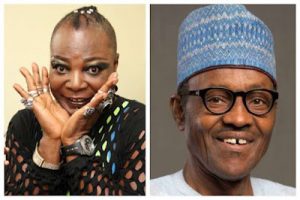 Nigerian enigmatic artiste and social crusader, Charles Oputa, also known as Charlyboy, has reacted to the attack on the Nigerian Defence Academy, NDA, by terrorists in which two army officers were gunned down and two Majors abducted.

It was reported that the assailants broke into the NDA premises in the early hours of Monday when the incident occured.

Two officers were killed and four others kidnapped during the attack.

Reacting, in a short video on his new Instagram handle, @charlyboyareafada, Charlyboy wondered if Buhari had murdered sleep due to the attack.

He said, “With the injustices, insecurities and all the tribalism and the almighty corruption, has Buhari murdered sleep?

”Majors and officers of a whole Nigerian army are being kidnapped.Which way Nigeria?”