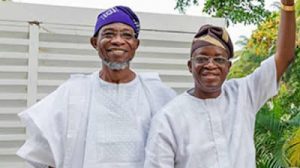 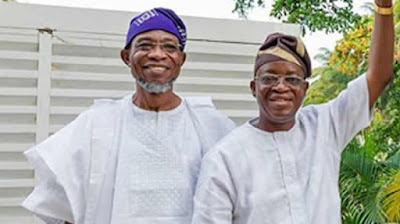 The Osun State Governor, Adegboyega Oyetola has stated that the State Chapter of the All Progressives Congress (APC) is one big family and that he does not have any issues with anybody.

The Governor made this known while featuring in a special edition of radio current affairs programme to mark the 30th anniversary of the creation of the State.

Oyetola also disclosed that he does not have any issues with The Osun Progressives (TOP), a group within the party which has been consistently criticising him.

The Osun governor revealed that though he does not believe in groups and factions, he preferred caucuses and still takes everybody in the Osun APC as members of one big family.

While noting that there was no rift between him and Aregbesola, he noted that there may be areas of differences, adding that the whole news of problem between both of them was highly exaggerated.

He also emphasised that he and Rauf Aregbesola, the immediate past governor and Minister of Interior are brothers.

On the issue of getting an endorsement from Aregbesola, Governor Oyetola maintained that since he supported and worked for eight years as Chief of Staff to ensure the success of Aregbesola’s administration, he believed he would get same from him if the people requested him to contest for a second term.