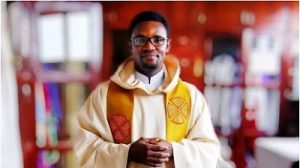 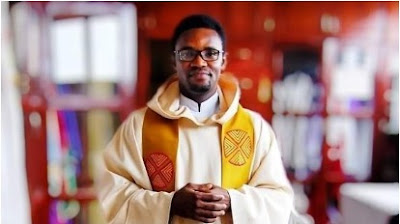 Fr Kelvin Ugwu, a Nigerian Catholic Priest serving in Malawi has lambasted the Nigerian government over its inability to curtail the security crisis currently rocking the entire nation.

In a statement on his verified Facebook page, the popular young priest while reacting to the incessant killings, abductions and other criminal activities bedeviling the country, said the cooperate existence of the Nigeria was threatened.

The man of God who slammed the Federal Government over the detention of the Southeast secessionist, Mazi Nnamdi Kanu in the custody of the Department of State Services, called for his release, stressing that more separatists are needed for the disintegration of the country.

According to him, “when I watch the level of decay, the killings of innocent people, the nepotism, the terrorism, the kidnapping. And the fact that all these menaces seemed to have become normalized even in the mind of an average Nigerian, I can’t help but wish we have more voices like Nnamdi Kanu’s.

“Just in case you don’t know, Nigeria is the third most terrorized countries in the world after Afghanistan and Iraq.

“Just take a second and imagine the countries we are in the same class with and even dragging position with. In fact, Nigeria is even leading Syria, Somalia, and Yemen in terrorism class. Pakistan is even coming to borrow notes from Nigeria class rep.

“How do I sleep at night after seeing the corpses of those killed in Southern Kaduna and Jos? Even a child was among those butchered. It is insane!

“What can be more horrifying than the fact that kidnapping of school children for ransom has become one of fastest growing businesses under this administration”?

Reacting to the recent incident at the Nigerian foremost military school where bandits invaded the premises, gunned down officers and abducted a major, the gospel preacher expressed shock, lamenting why the assailants have not been identified.

Fr Kelvin further said, “How do I make sense of the fact that unknown gunmen walked straight into the Nigeria Defence Academy –read slowly– N.i.g.e.r.i.a. D.E.F.E.N.C.E. A.c.a.d.e.m.y. . .and killed soldiers of high ranking, and till now we don’t know them?

“How do I reconcile the fact that Boko Haram members are being pardoned and rehabilitated and someone like Nnamdi Kanu is in prison and the day he was arrested, some so called Nigerians were jubilating.

“Not having electricity is already normal to Nigerians. Then they added kidnapping and banditry. Now that everyone ‘seemed’ to be getting used to kidnappers and bandits, they have started increasing fuel price. Nigeria has never had it this bad.

“NIGERIA AS IT IS, with her present structure, had never worked, cannot work and will never work.

“Imprisoning Nnamdi Kanu is only a testament to the fact that there is something he is saying that this govt is afraid of. Silencing his voice like how they tried silencing the voice of Twitter users, victims of Lekki toll gate, only shows that the hidden plan this govt is trying to execute is yet to unfold. But God is bigger than them and will shock them all. #FreeMaziNnamdiKanuNow”.