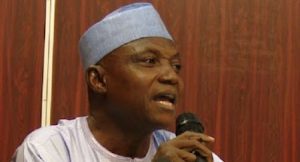 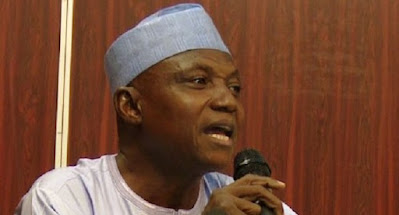 Presidential spokesman, Garba Shehu, says what the Federal Government has done to AK-47-wielding bandits is worse than designating them as terrorists.

He spoke in an interview with BBC News Pidgin on Saturday morning.

Garba was responding to a question on why the regime of his principal, Major General Muhammadu Buhari (retd.), has not outlawed blood-sucking bandits just as the current government proscribed the Indigenous People of Biafra and moved to do the same to Yoruba Nation secessionist group.

“What the Buhari administration has done to the arms-wielding bandits is worse than being declared as terrorists. There is a subsisting order by the President that any arms-wielding, AK-47 bandits should be shot on sight.

“Yes, IPOB has been proscribed by law of the land, there is no shoot-on-sight order,” Shehu said.

“The Nigerian Air Force is busy bombing locations, the military is there on the ground, exchanging fire for fire, taking them out in hundreds, that is certainly not treating people (bandits) lightly,” he added.

The presidential aide also said, “One thing people who say that ignore is the successes that are being recorded in many areas in the fight against insurgency in the country.”

Garba claimed there have been “enormous successes” recorded in dealing with bandits and terrorists. “For instance, Boko Haram are surrendering today in their thousands, this did not just happen,” he noted.

According to him, a lot of the bandits are being circled and taken out. “It is a matter of time, they will be substantially reduced and the Nigerian state will be safe all over again,” Shehu assured Nigerians.

The then Acting Chief Judge of the Federal High Court, Justice Abdu Kafarati, had granted the order proscribing IPOB.